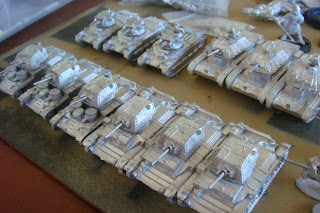 ABOVE: British Tanks for my FoW Early War British. A9, A10 and A13 Cruisiers and three Mathilda MkII Infantry tanks.
Hi All
Time for another Blog update.
So what's on the workbench? Well, I've started work on my FLAMES OF WAR (FoW) Early War (WW2) British. I purchased a swag of Tanks and Artillery from OLD GLORY's Command Decision range. At 40% off with my OG ARMY CARD discount it works out to about $5.00 AUD per tank including postage. Less than half the price than BATTLEFRONT's tanks at about $12.00 AUD each. And the OG tanks are ALL metal, not a Resin / metal mix. Bargain!!!

I also visited EUREKA MINIATURES recently and purchased some more Revolutionary French Infantry. Whilst there I picked up what might be the best miniature Ney ever!
Below is a photo of Ney with a PERRY MINIATURES OLD GUARD Pioneer. As you can see Ney is looking well ready for a scrap. The miniature appears to be modelled on the "Retreat From Moscow" when Ney commanded the rear guard. 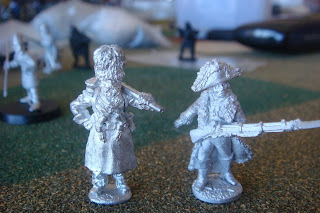 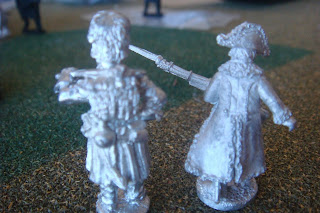 I'll paint Ney using the ARMY PAINTER method and will keep yu updated on his progress. I also have the PERRY Ney, depicted charging on horseback as at Waterloo but the PERRY Ney comes in a set of three mounted miniatures. 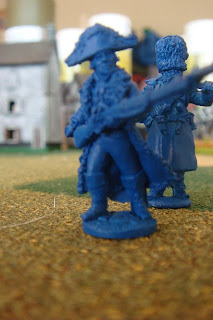 I also received a big order from the awesome PERRY MINIATURES. Mainly DUTCH BELGIANS, NASSAU and BRITISH but also some French OLD and YOUNG Guard
Below is Marcehal de camp Cambronne. Again I'll use the ARMY PAINTER method to paint him and again I'll keep you updated on his progress. 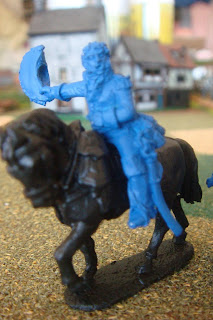 My wife Raechel has offered to paint some miniatures for my mate Stan. Two miniatures from the 'INCURSION' game. I give you the Von X sisters! Freaky Nazi chicks in kinky Gestapo gear commanding Zombies; what's not to like?! 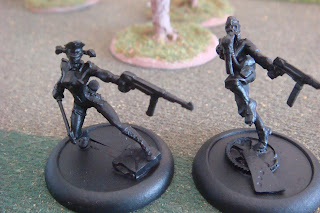 Raech has also offered to paint these two lovely ladies below that I obtained from EUREKA. Every army needs two pillow fighting girls in Hussar costume,... I shall call them Jess and MJ. 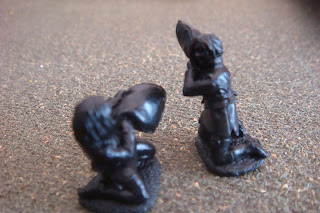 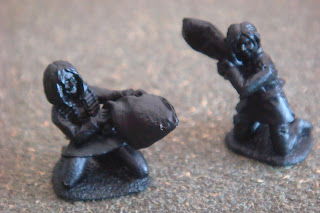 That's all for now.

Oooh. I like that Ney figure (rear guard in Russia). Best, Dean