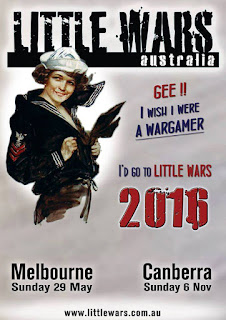 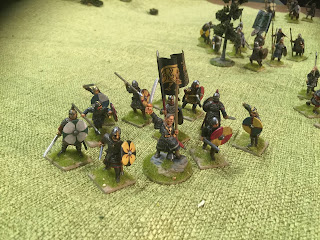 ABOVE AND BELOW: "Let's ago Viking"! A SAGA game at LITTLE WARS 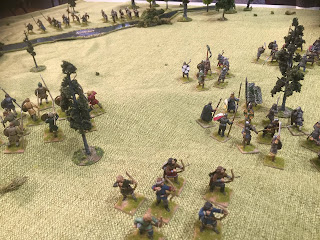 Last Sunday 29 May 2016 I made my almost 'religious pilgrimage' to my favourite event on the Australian Wargames Calendar, 'LITTLE WARS'. A one day 'Showcase' event of Wargaming.
As usual there was a swag of participation and demo games on.
The guys from League Of Ancients put on an impressive PLATAEA battle with scores of Persians and City State Greeks battling it out.
There was a least two SAGA / Cross and Crescent games being played.
Also there was at least two 'Miniature variants' of the excellent Command and Colors' games being played.
Traders were present flogging their wares and the bring and buy stall as usual was up and running though I didn't see much this year in the 'second hand' stall too get excited about. 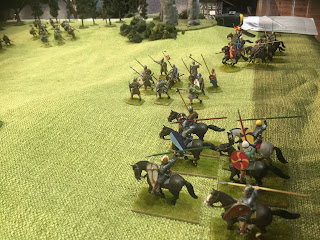 I thought some of the games on display this year were a bit below par. I really dislike games that have notes, QRS and food liberally splattered around tables, or miniatures that aren't well painted at 'Showcase' events and unfortunately there were a couple like that.
Fortunately however they were the exception to the rule. Most games presented lovely miniatures on nice terrain.
Maybe next year I'll put on a participation game, (and then someone can criticise my efforts)
BELOW: HOPLITES!!! Who doesnt love seeing massed Hoplites? 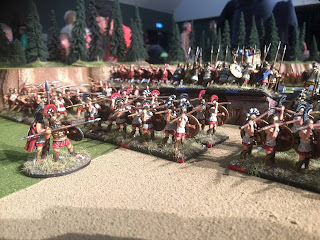 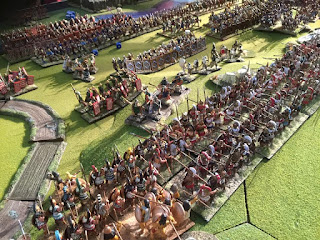 BELOW: The Battle of Plataea 479BC. An impressive game put on by the Chaps from The League Of Ancients. One of the better demo games! 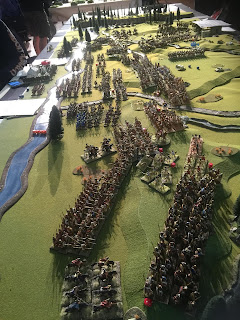 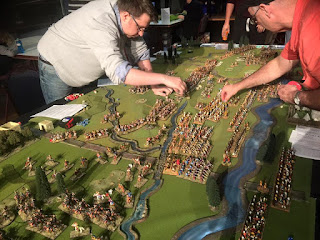 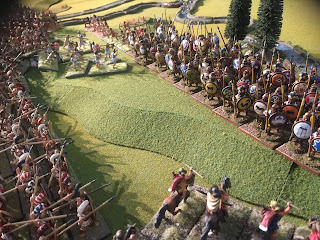 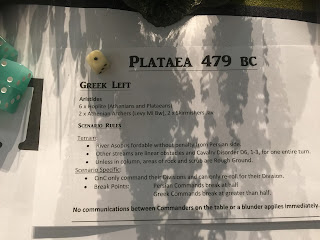 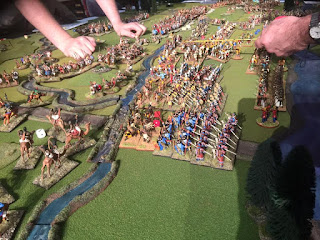 BELOW: The games and trade stalls. 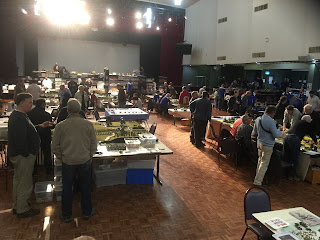 BELOW: A very nice 6mm Samurai game "To The Strongest" I believe it was called. Nice terrain, Nice miniatures. An uncluttered table. As demo games should be. 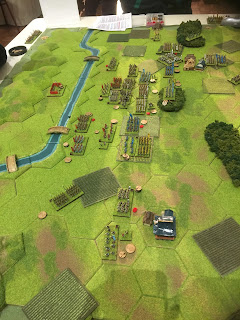 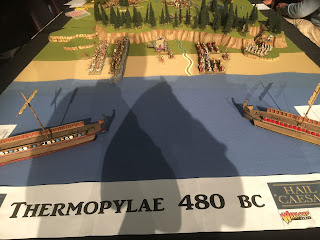 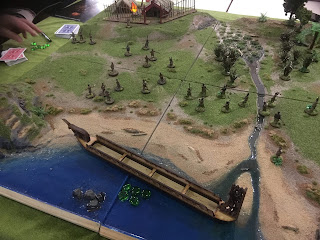 ABOVE AND BELOW: TRIBAL!An exciting new Skirmish game between ancient tribes and clans. In this case Maori Warriors have at each other! It's all about honour,...

For Me the highlight of the day was discovering TRIBAL. A very interesting set of Skirmish rules for pretty much any period up to the advent of firearms, (though I think they could be adapted for them).
I'll post a review of these exciting new rules soon. 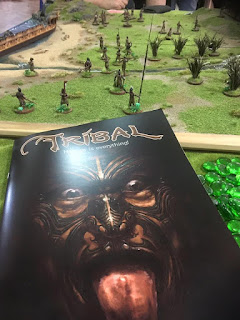 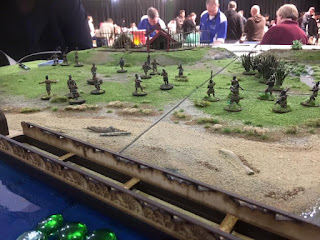 ABOVE: A very nice canoe produced by BATTLEFIELD ACCESSORIES.
Warriors (BELOW) are 28mm EUREKA Miniatures. 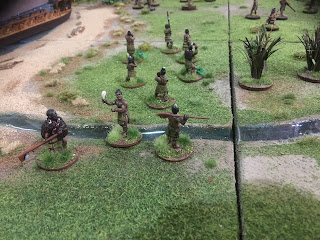 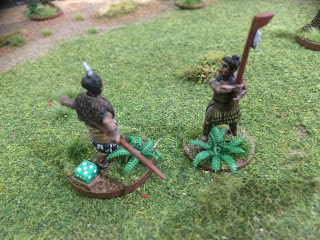