Flags, Faces and Bases!
That's what makes your miniature armies 'pop', or so I've been told.
In this post I'll talk a little about bases and how they can be improved with the addition of some nifty little 'Tufts' I recently discovered.
Leadbear's Tufts are small foliage 'tufts' that you affix to the bases of your miniatures.
They come in a variety of colours and types including 4 shades of Green (including Yellow Green, Light Green, Dark Green) and Beige / Tan.
There is also 'Stoney Tufts' and 'Flowering Tufts'
They are super easy to use.
Simply peel them off their sheet and apply directly to the miniatures base.
Unlike other tufts I've used these don't require any additional adhesive and contour nicely to the base surface.
These truly are the best tufts I've used and are very reasonably priced

BELOW: Just some of LEADBEAR TUFTS 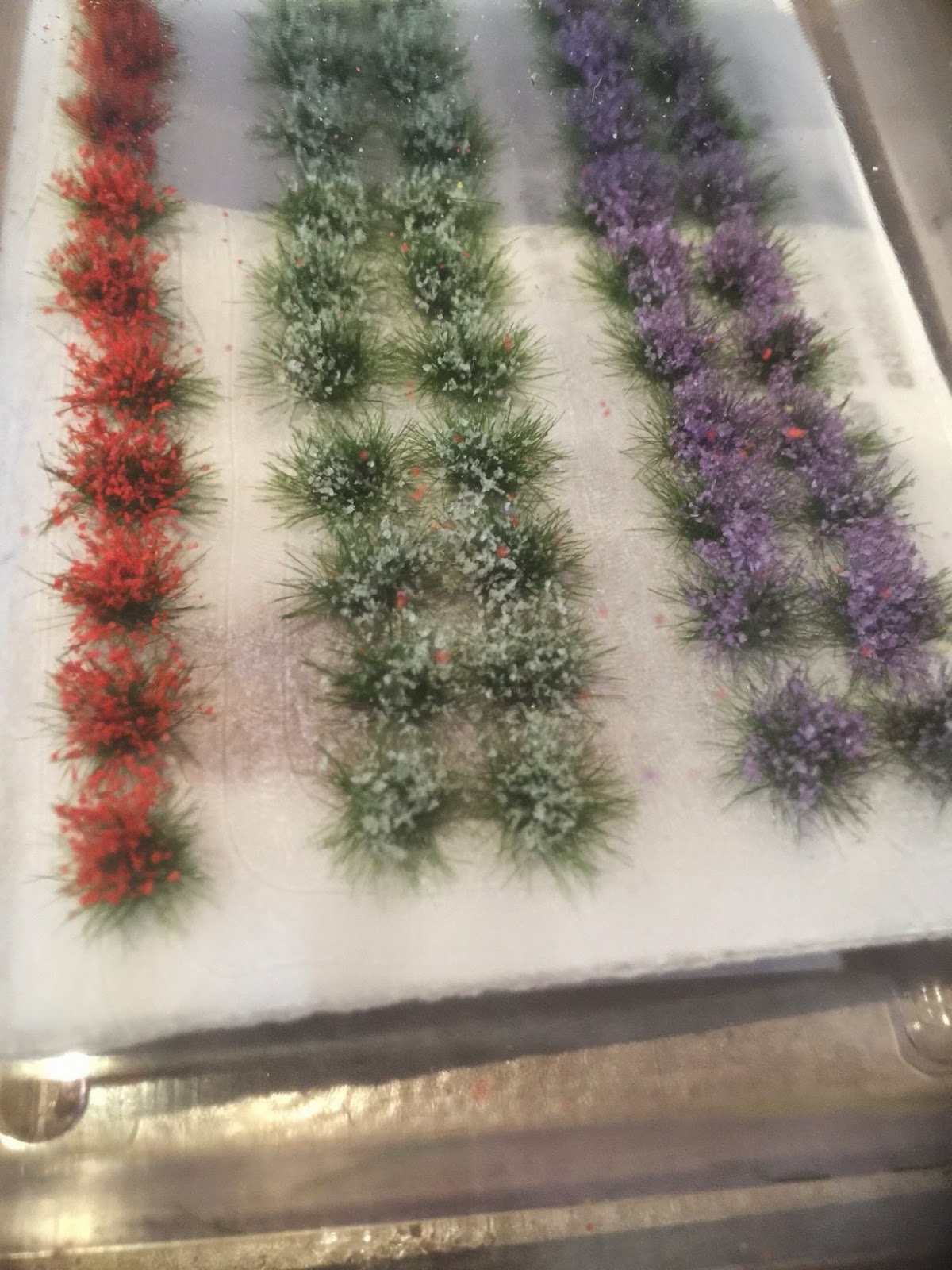 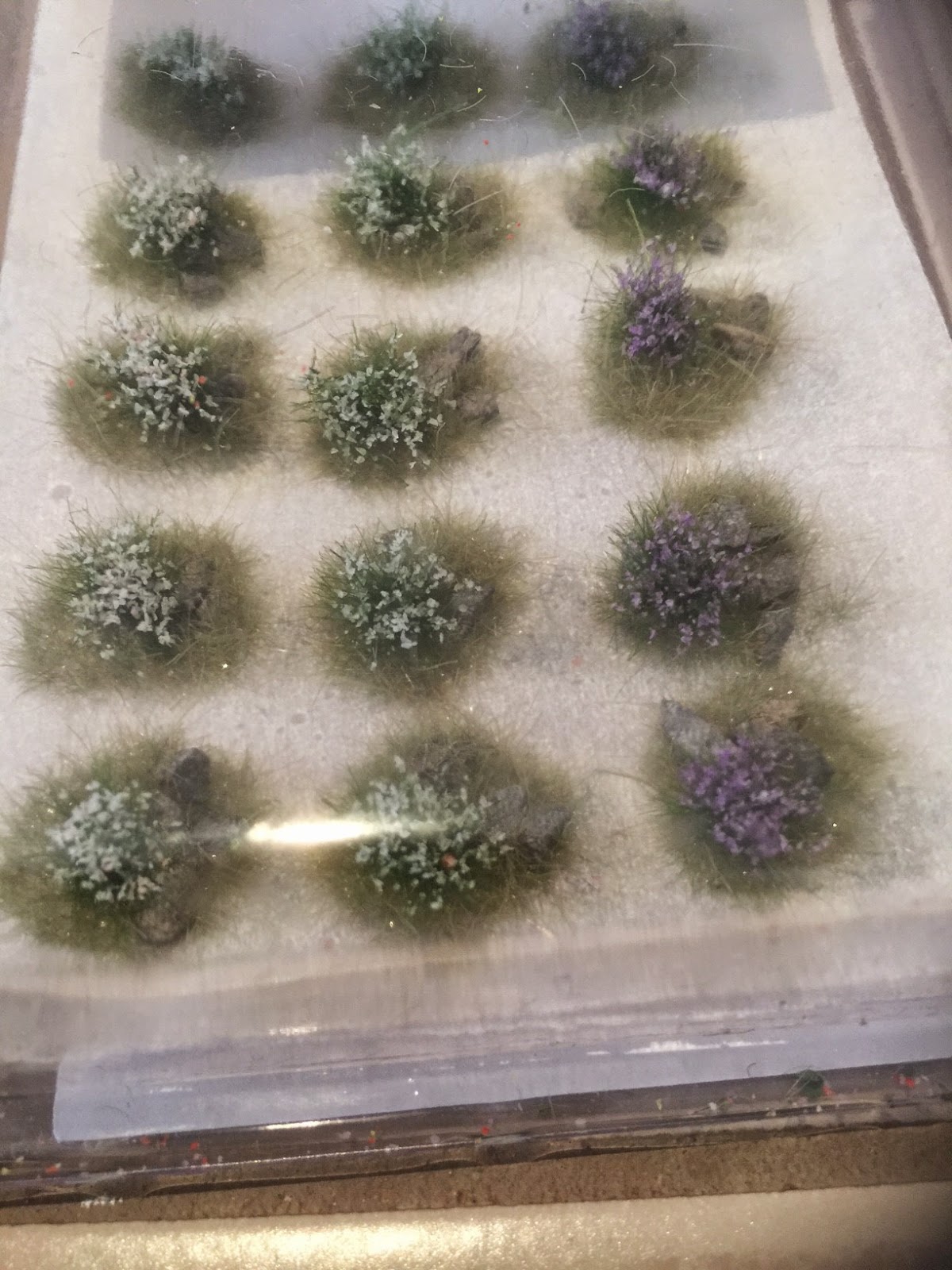 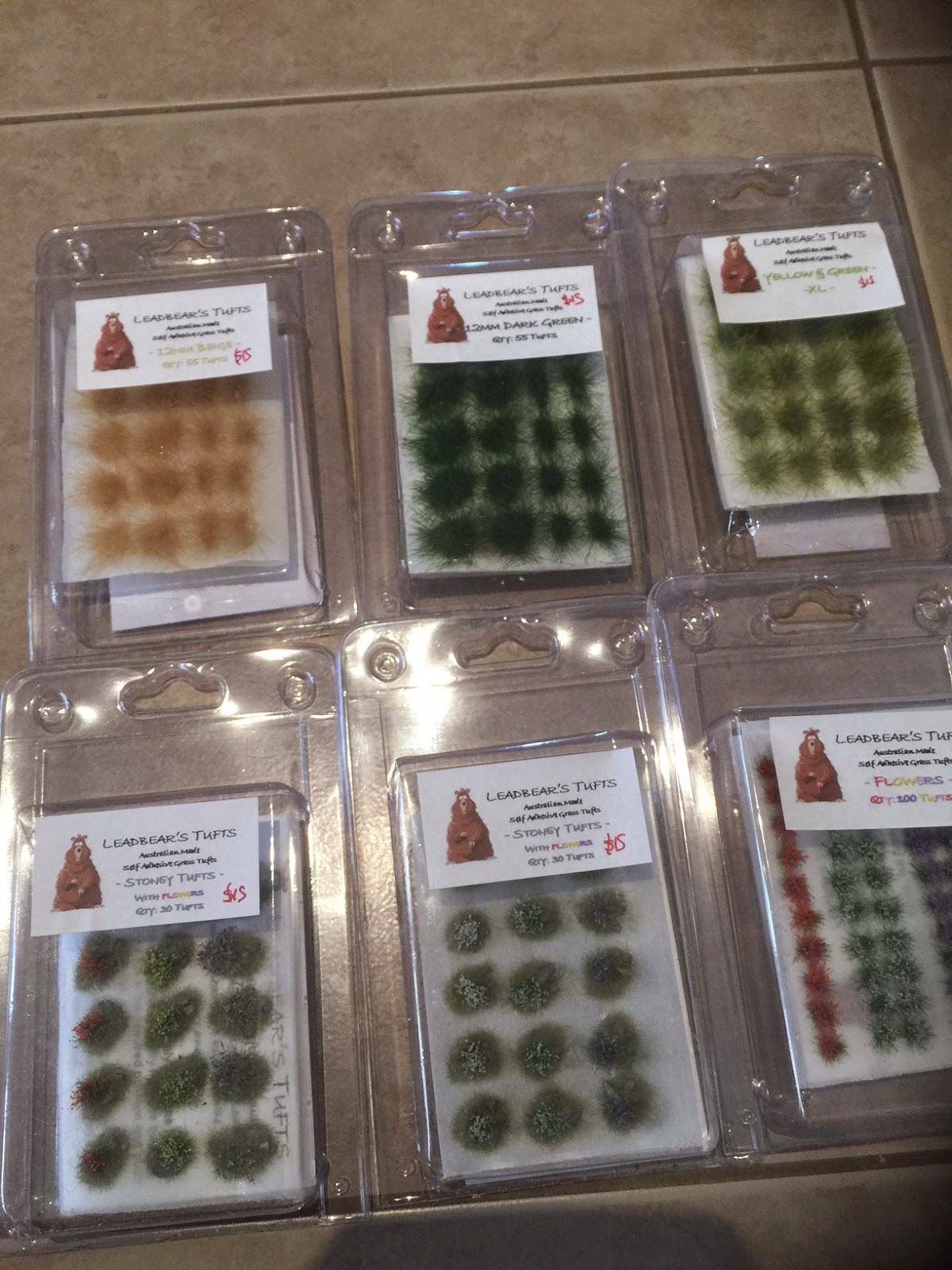 Here are some details on the tufts I obtained directly from Barry at LEADBEAR.

* There is a major discrepancy with regards to the quantity of tufts supplied in the retail packs (55) and the packs I sell personally to friends, via various forums and on eBay (80). However, with the packs sold via retail outlets you receive tufts and larger patches, whereas you only receive tufts when I supply direct.

I plan to add the following to the range - Stony Tufts with Flowers, along with 2mm and 4mm tufts.
As I wrote, I do like people to support the retail outlets which are currently, Eureka Miniatures in Melbourne and Military Hobbies in Adelaide, but I understand this isn't always possible, therefore, I can be contacted at leadbear@internode.on.net

BELOW: Some photos of some 28mm 'Jerries' based using fine sand washed washed with a dark brown ink and slightly dry brushed. I've added just LEADBEAR tufts so you can see how they look. 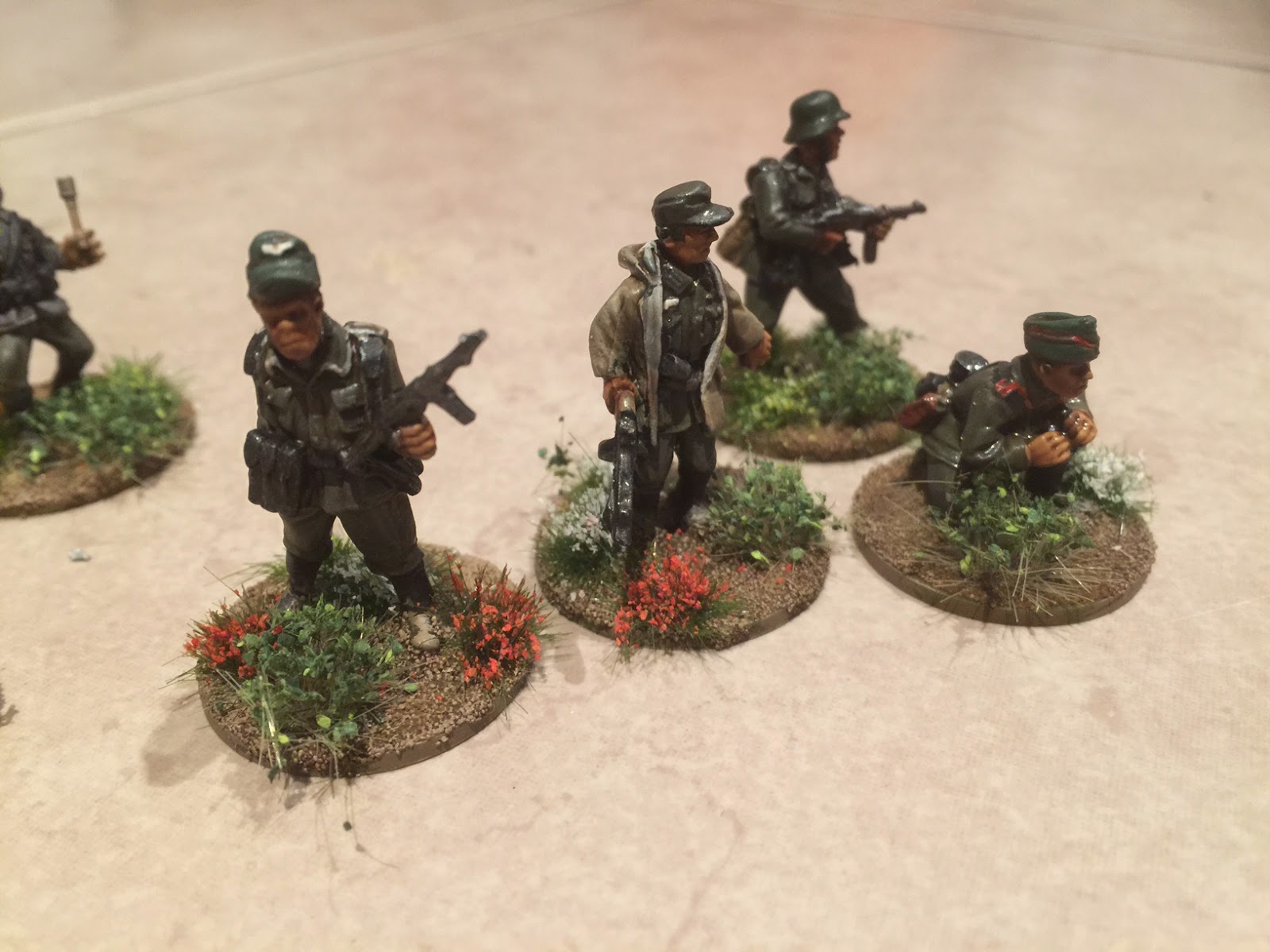 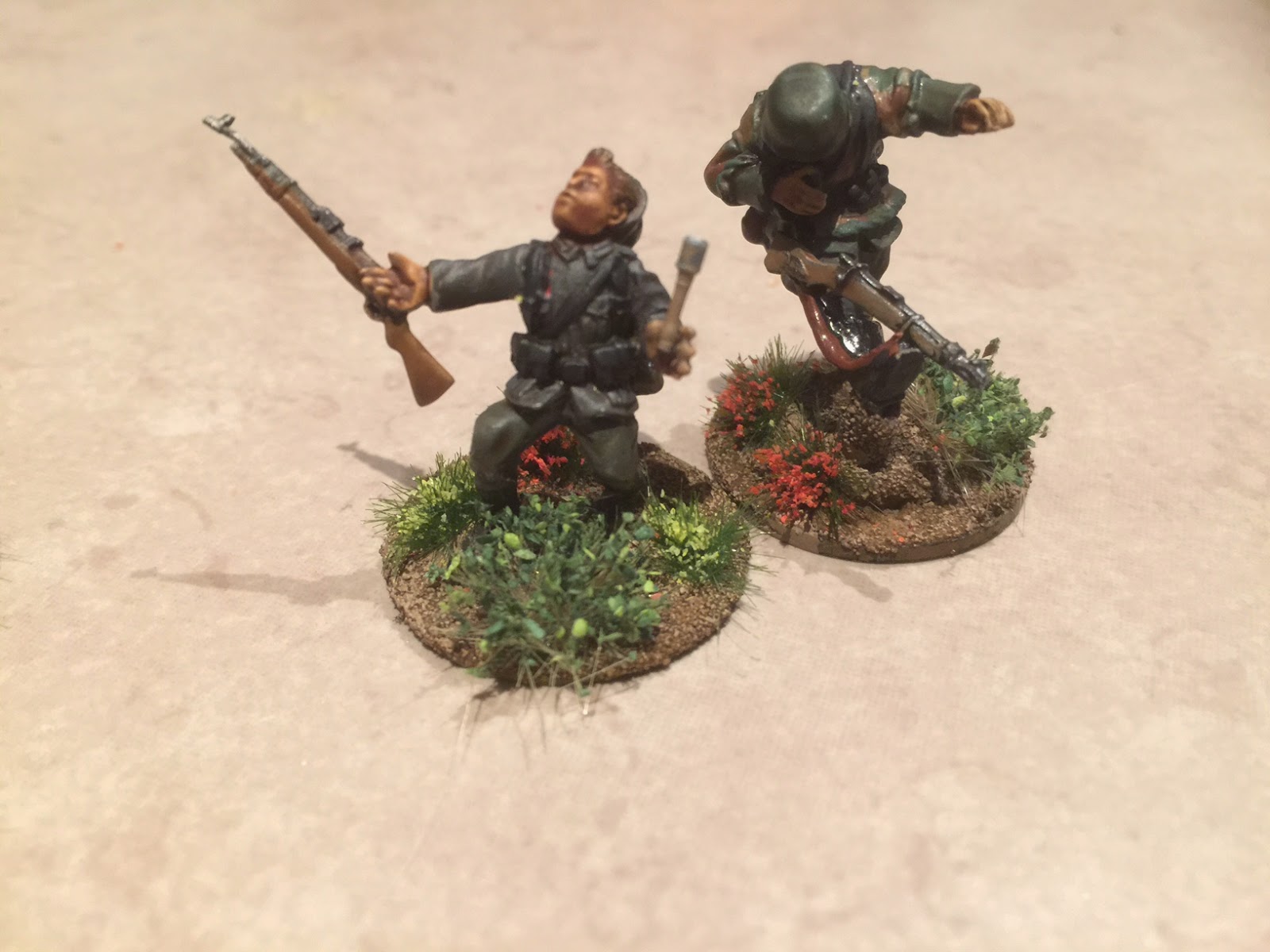 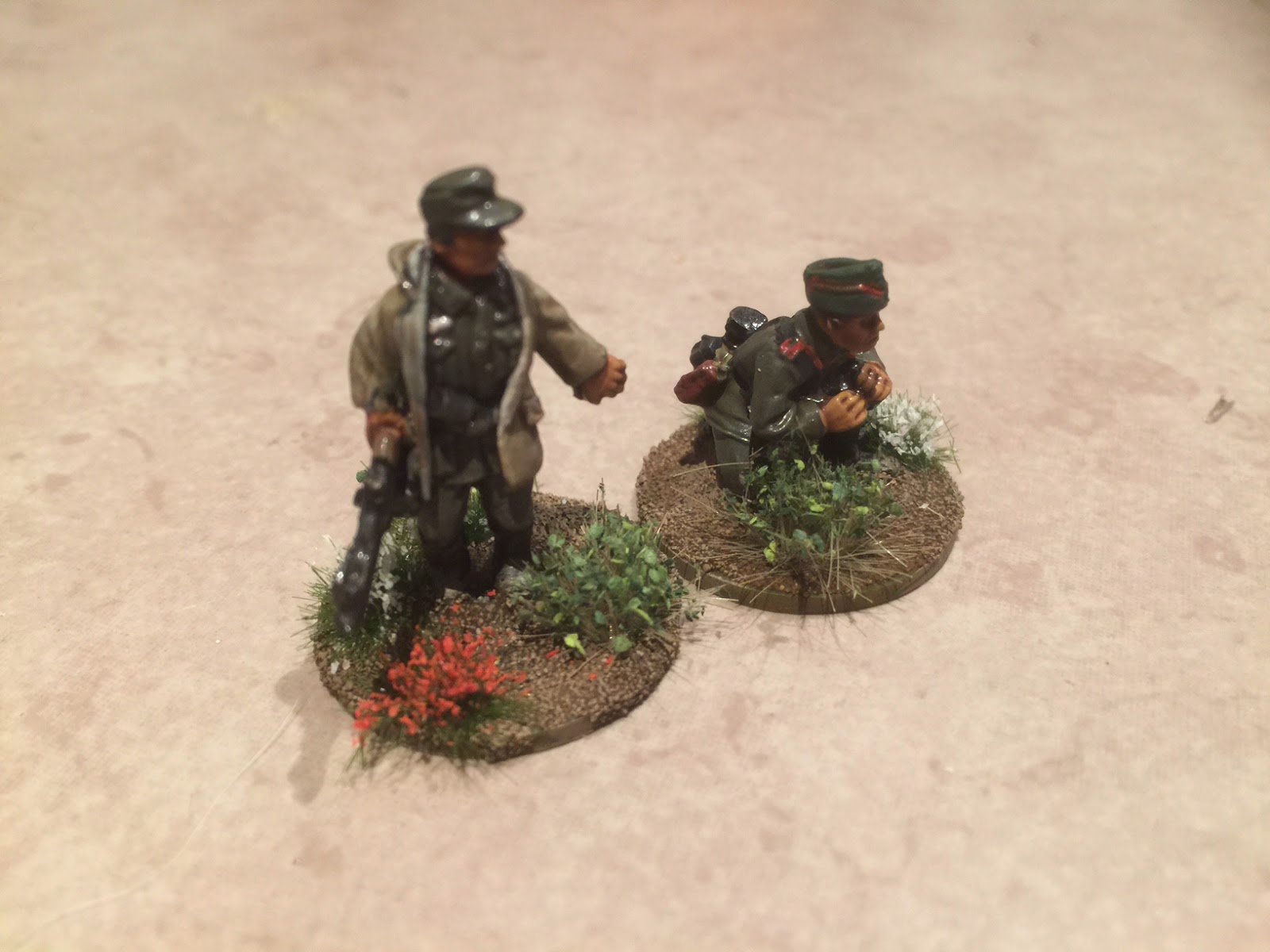 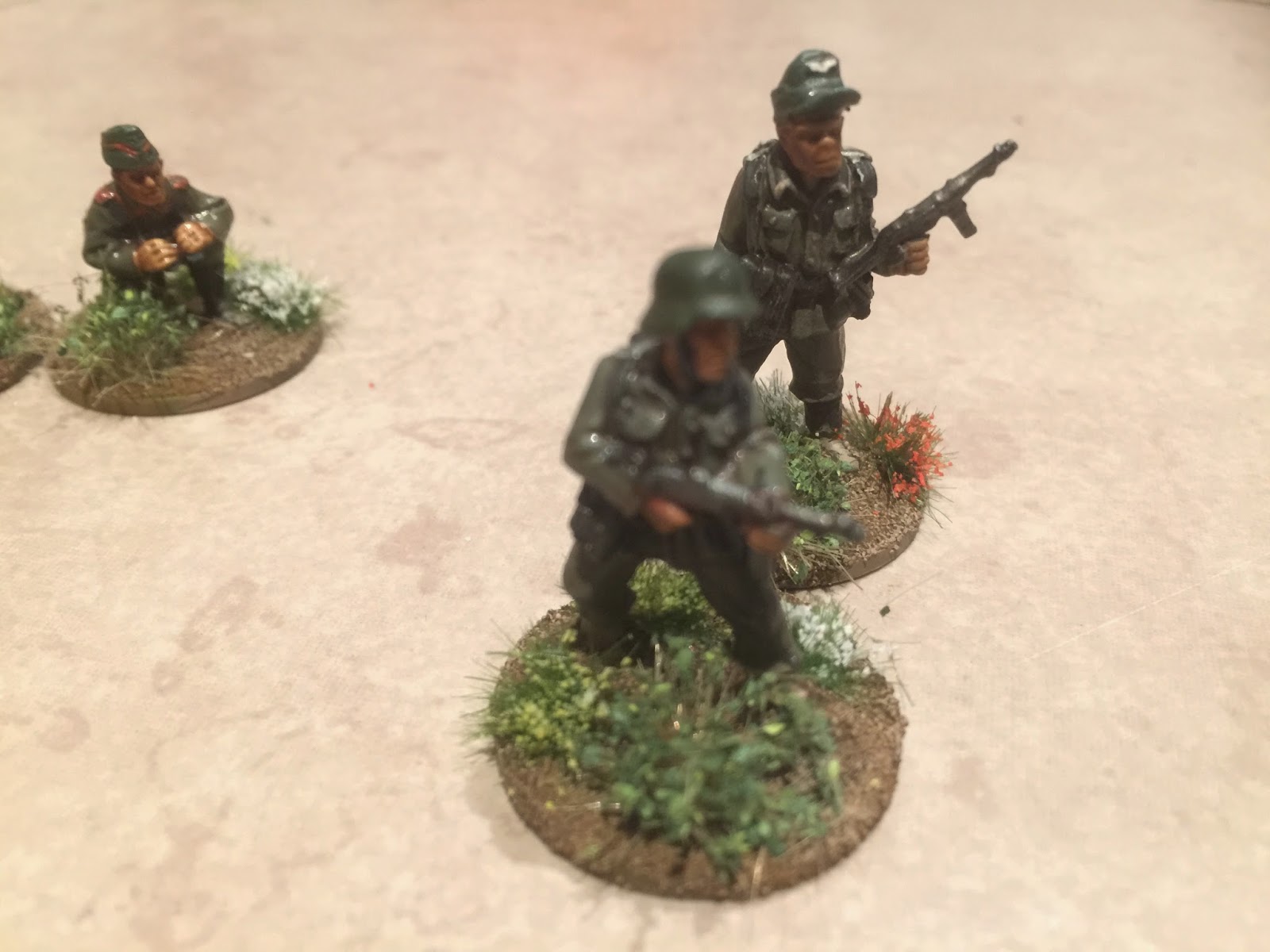 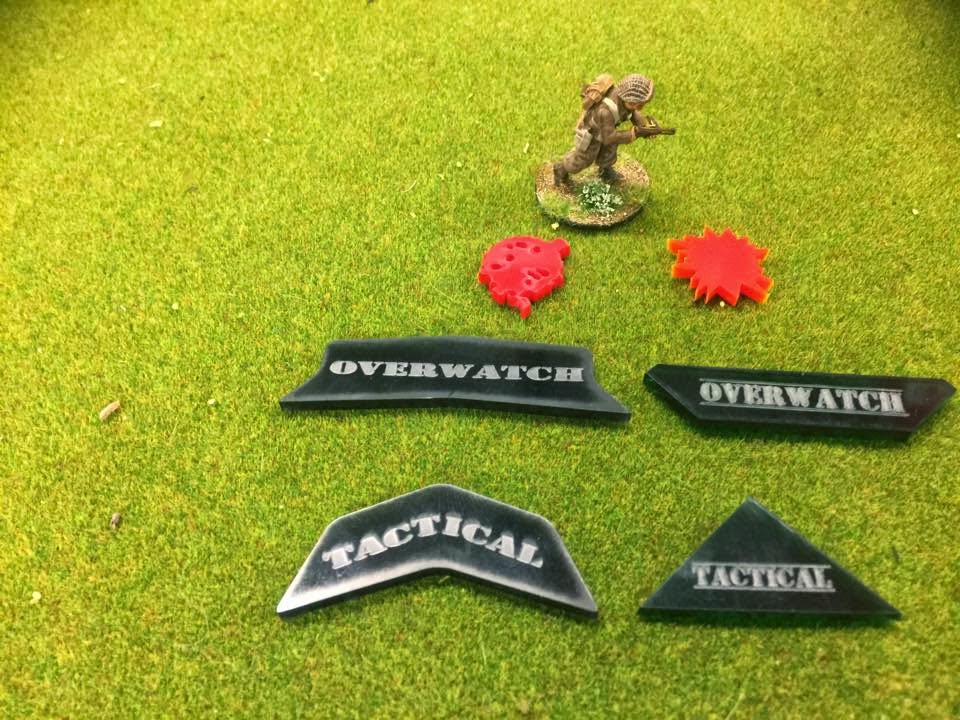 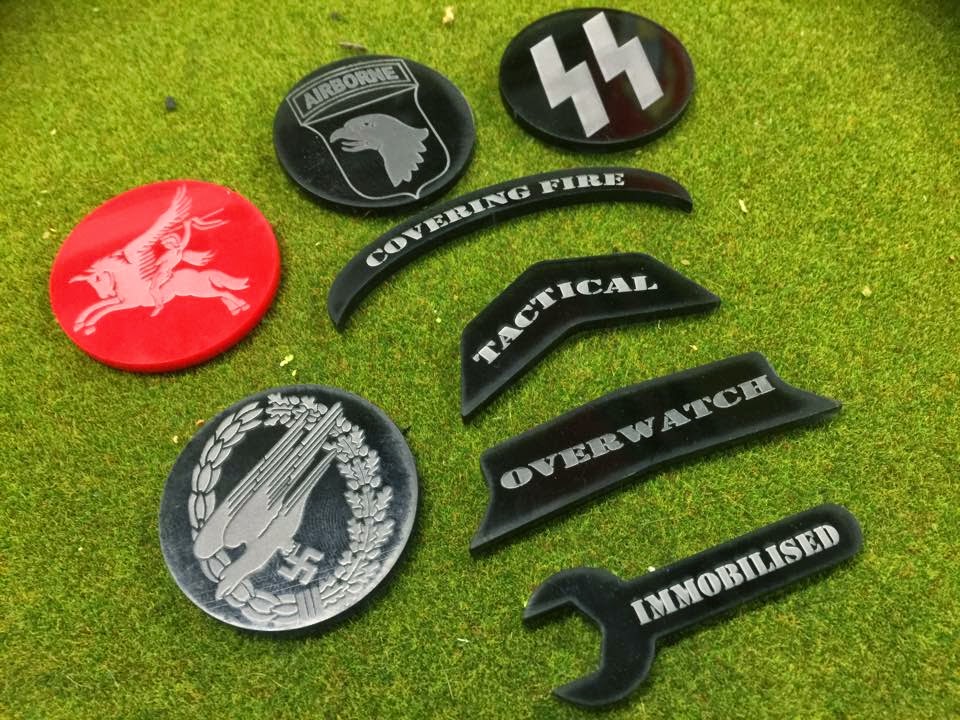 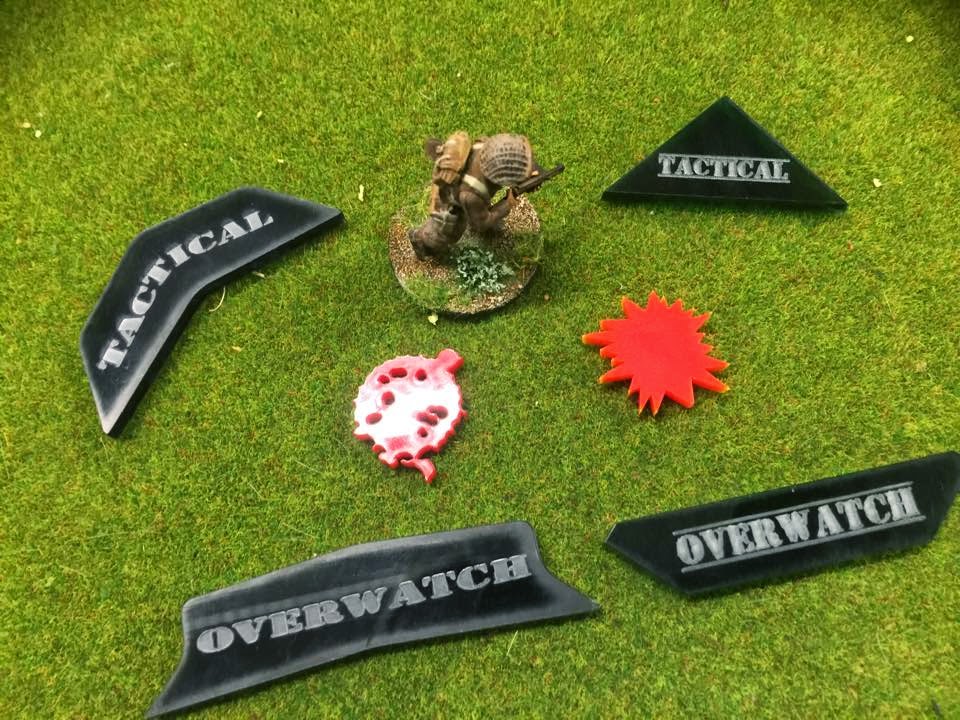 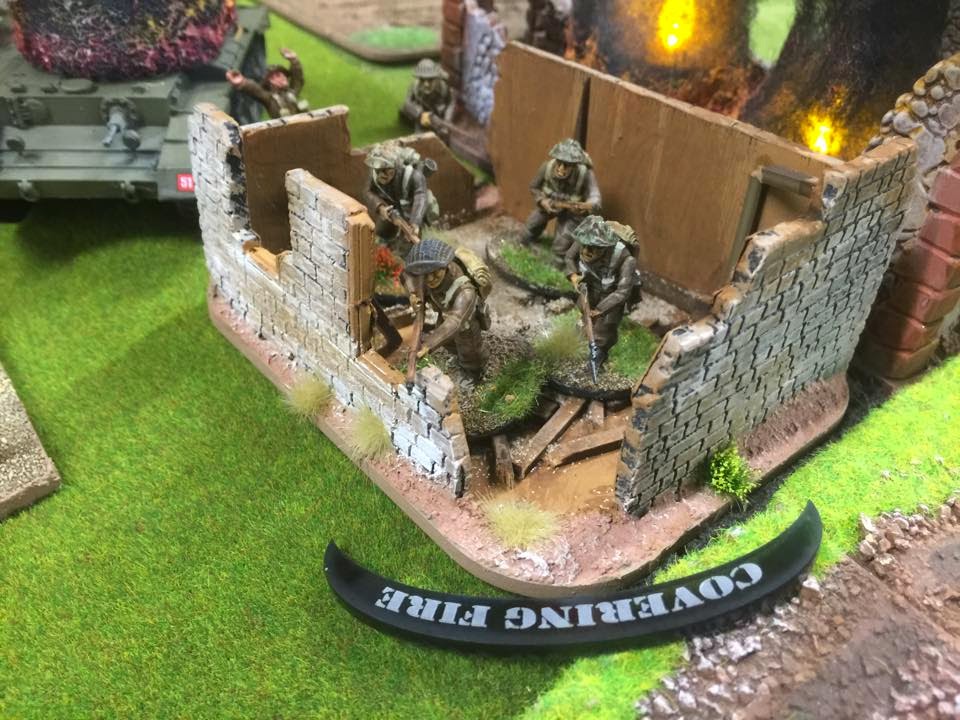 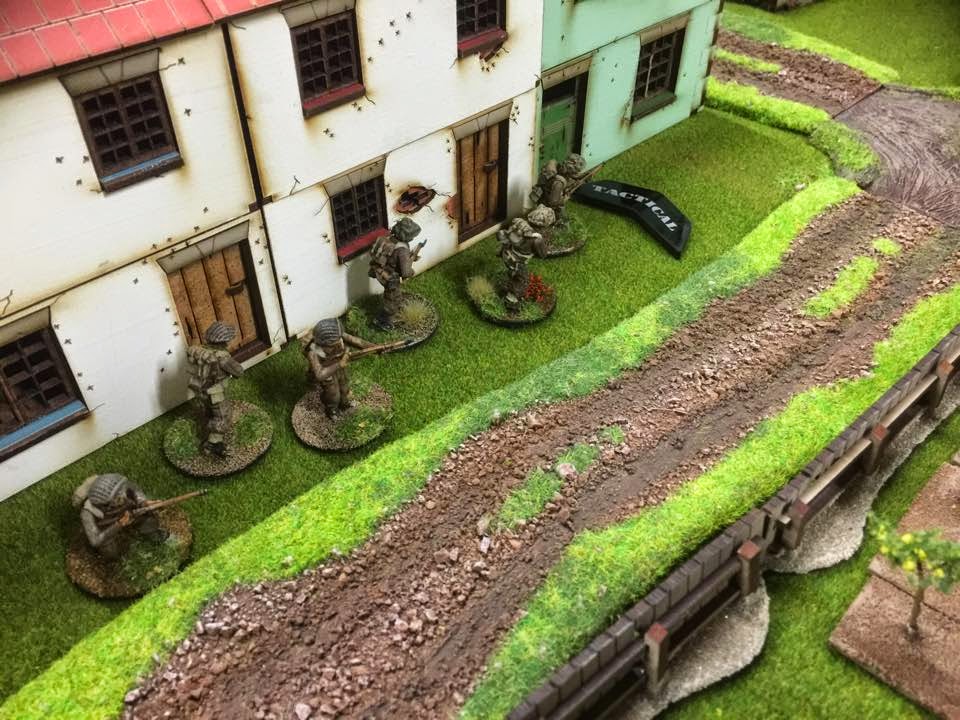 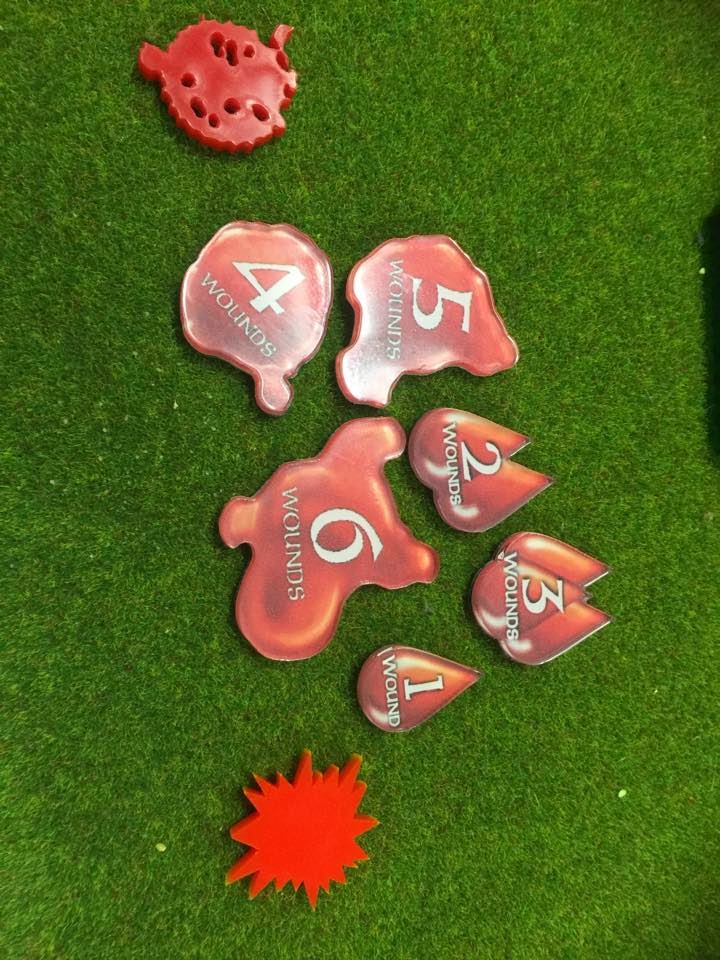 Posted by Trailape at 4:06 AM No comments: