Hi Everyone
This is the 6th AAR in my LONGSTREET Campaign.
Stan and I fought this engagement over 3 weeks ago but due to some technical issues, (my laptop died) I've only now managed to upload the AAR.
We're now into the last battle of the year 1863.
The LONGSTREET campaign system sees 1 battle in 1863, 2 in '62, 3 in '63, 2 in '64 and one final battle in 1865.
The card decks favours the Rebs in 1861 and 1862. By 1863 the decks are evening out and the Yanks get the advantage from '64 onwards.
Obviously as the commander of the Federals I was keen to be moving into 1864.
So now we find ourselves facing the Confederates across a icy stream called 'Bloody Run' due to the rich red mud and soil of its banks.
It would soon be known as 'Bloody' Run for another reason,...
﻿ 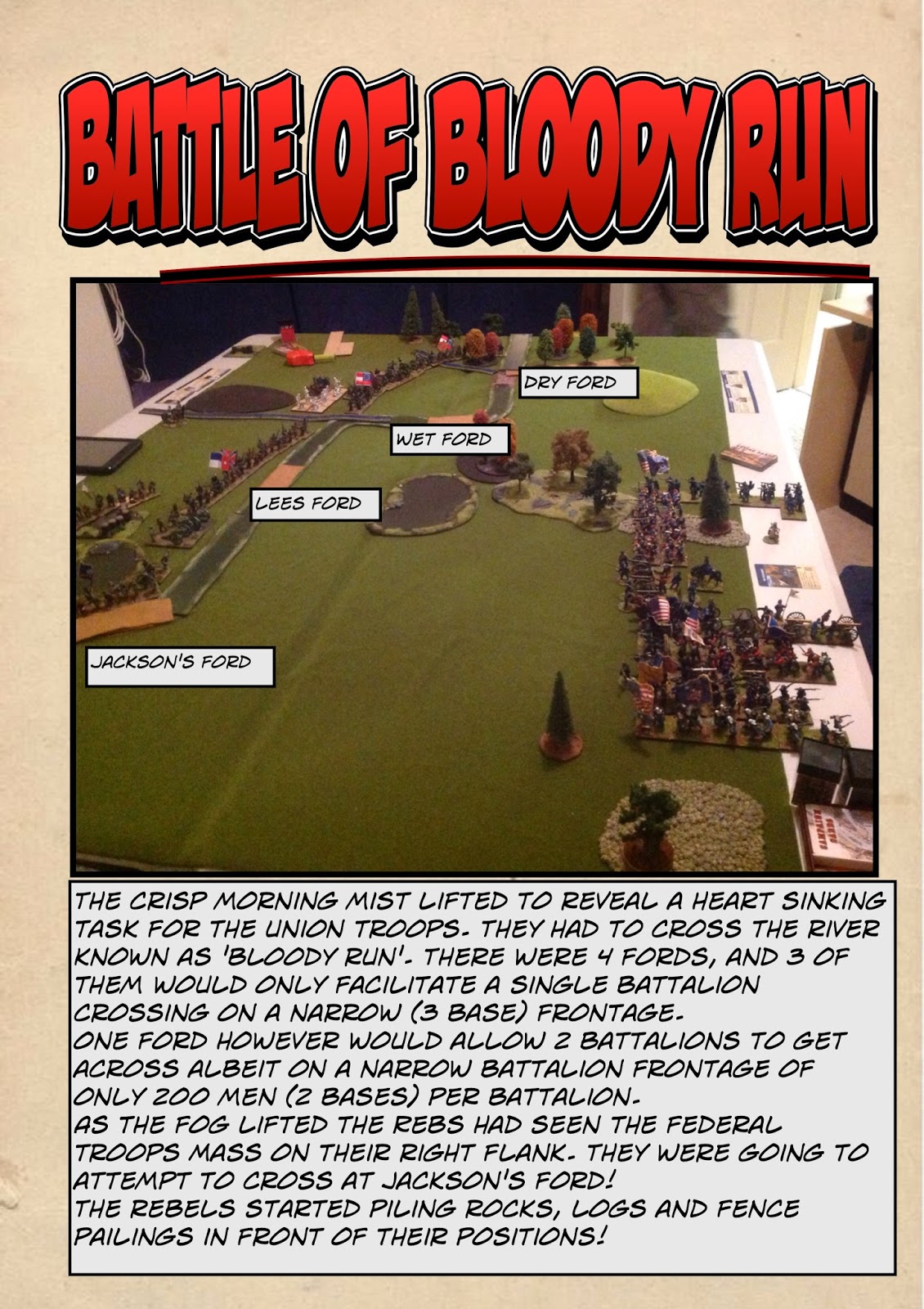 NOTE: Stan played the 'CONFUSSION' card and the men from Maine went retreating back across the run,... After the battle the Union troops settled down on the southern bank and licked it's wounds as the Confederates withdrew south.
President Lincoln visited the Brigade two days after the battle and moved amongst the men with words of encouragement and thanks for their efforts.
In particular he praised the men from Maine, many of the officers of whom he had met before when the manned the heavy artillery around Washington D.C.
The Brigade also received reinforcements in the form of the 5th New York Volunteer Infantry.
The Brigade now looked like this:

Major General Rawlins has 19 EPIC POINTS!
Posted by Trailape at 4:24 AM 3 comments: