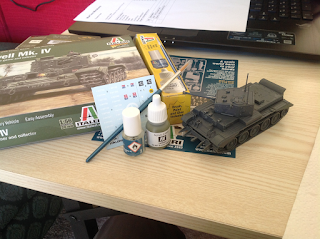 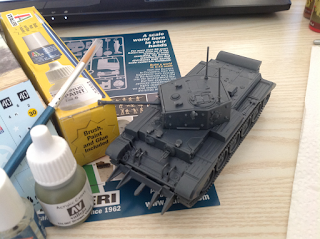 The aerials look to be very thick, and why would they do moulded on tools at this scale? But overall, looks the part, especially with the Cullin cutter.

My real beef with kits is why they never include any of the typical stowage seen in period photographs, so you are forced to source aftermarket parts or scratch. Would it really hurt to add a few 'flimsies', jerrycans or packs to the sprue..?

THE CLUB WITH BIG IDEAS AND EVEN BIGGER TERRAIN said...

good and fair review, all you now need is the s&s models tank crew and stowage, due out soon